“… as my eyes grew accustomed to the light, details of the room within emerged slowly from the mist, strange animals, statues, and gold – everywhere the glint of gold.” – Howard Carter, discoverer of the tomb of Tutankhamen

The glint of gold. What is it about this metal that draws people to it? How can simple metal inspire great creativity and insatiable greed? The glimmer of gold has fascinated people for millennia. But this fascination goes beyond the perceived material worth of gold. Cultures and civilizations throughout history have actually increased its value by ascribing many mythical properties to the metal.

Scholars and historians have pinpointed the sources for the mystique of gold. According to experts, the many magical and religious powers of gold stems from its perceived incorruptibility and its resplendent shine.

Because gold doesn’t tarnish like other metals, ancient cultures connected it with concepts of immortality, divinity, and purity.

God-monarchs throughout the ancient world used gold to increase their aura of power, from life to death. The Inca civilization of Peru believed that gold came from the sweat of Inti, their sun god. Priests covered future kings of the Inca with powdered gold when they ascended to the throne, giving rise to the mythical “El Dorado.”

Gold served as a reminder to people of the wealth and power of an individual. In the 1970s, archeologists in Bulgaria unearthed the Varna Man. His grave contained more than 3,000 golden artifacts, an unbelievably vast horde for the period, and reflected his importance.

Ancient cultures used gold in burial rites of monarchs to impart a spark of divinity and immortality to the deceased. This symbolized their undying, godly power as well as their magnificence in the afterlife. The most famous of these funeral artifacts is the golden death mask of the Pharaoh Tutankhamen.

Metal of Magic and Medicine 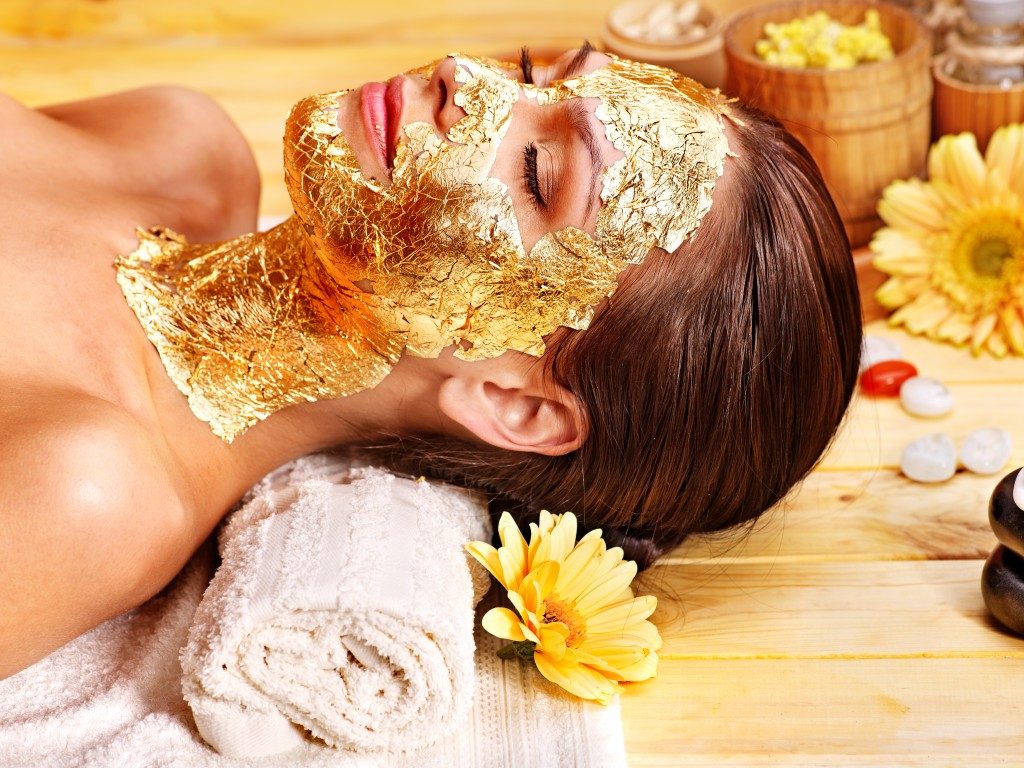 Ancient cultures believed that by wearing or incorporating gold into their outfits or bodies, they could absorb its purity. People in the ancient world wore retainers made of gold wire similar to the ones available today to evoke the incorruptibility of gold. They also wore golden jewelry for added measure.

Roman philosopher Pliny recommended the application of gold on wounds as proof against magical potions. Amulets and talismans made of gold were highly prized for their supposed ability to protect from curses and ill-fortune. Parents often passed these precious heirlooms to their children to keep them from harm.

On the other hand, Romans also used gold to invoke divine powers and inflict curses upon their enemies. Archeologists discovered a set of “curse tablets,” metal plates inscribed with spells of vengeance, made of gold in Serbia. These tablets were common in the Roman Empire, though they were usually made of lead rather than gold. The tablets found in Serbia compelled gods and demons to heed the caster, an unusual and unique evocation.

Today, gold is a luxury product and a commodity. Although modern people still link gold with special occasions and prestige, its mystique has somewhat diminished. But gold, as civilizations of ages past revered, will never lose its magnificence.