The Korean invasion is not going away anytime soon. There’s just no reason for it to do so. Not when K-pop is making it into international music markets, K-dramas are getting more popular outside of Asian countries, and Korean beauty products are setting new standards in terms of good results.

If you live in the Philippines, you’ve probably been influenced by these Korean aspects one way or another. Take a look at the following:

Familiar with the term “glass skin?” It’s that makeup style that makes skin look poreless, translucent, and luminous. It’s basically like the skin of any Korean actor you’ve seen in a movie or commercial. Even under harsh lighting and after performing a difficult routine, their makeup still hasn’t budged.

In a place like Cebu, or the country overall, humidity is makeup’s worst enemy. Despite this hindrance, COSRX skincare products and other Korean makeup brands are still able to deliver stellar results. Those makeup transformation videos that seem impossible? They’re possible with the use of the right makeup. 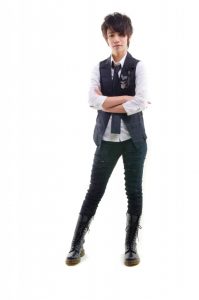 Even if you’re not a fan of the music, you still wouldn’t escape them. Every store seems to have K-pop added to their playlist, and even your favorite shows make references to these tunes. BTS and Momoland became household names, even if people are not familiar with every member. In the Philippines, in particular, dance tunes make it up the charts because Filipinos love to dance.

You will also notice more Filipinos using common Korean phrases that they hear in K-pop chart-toppers and K-dramas. The two are easily linked by multi-talented artists who act and are active members of an idol group. Each member of a group goes through rigorous training before they debut, and they go through an even longer training period if they also want to act.

Local networks have bought the rights to most of the popular K-dramas of this generation. They compete over who gets to air the latest heart-wrenching production, as they know the demand will be high. Even hardcore fans who have watched a drama subbed will still watch the dubbed version. And they talk endlessly about it. The popularity and marketability of each show lead to their success not only in Korea, but also in neighboring countries. Their tendency to include sad undertones to their stories have also resulted in international success, as seen in the movie “Train to Busan.”

It has been decades since Korea realized they could market their culture to the world in the form of K-pop and K-dramas. One thing they also made popular along the way is Korean fashion, which really doesn’t need a big explanation. When a person has seen enough Korean movies and dramas or has supported an idol group or two, they will gravitate towards clothing that reminds them of those artists.

If it seems like everything Korea markets to the world is related, that’s because it’s by design. It’s a market that keeps on growing, and you simply can’t be a fan of one while remaining unaware of the others.