We’ve seen it in the 1980s, when the fitness mania hit and spandex leotards were everywhere. Then it reappeared in the early 2000s when Paris Hilton wore the iconic Juicy Couture sweatpants on the red carpet. Today, we see Gigi Hadid wearing Lululemon leggings, and athleisure has once again taken over American fashion.

Sports have always been an essential part of our culture. Just look at how our nation stops when the Super Bowl starts, how our childhood involved Little League games, or how we take the NBA seriously. Thus, it’s no surprise that athletic wear is so pervasive in our everyday clothing.

Even before yoga pants rivaled denim jeans in terms of mainstream fashion, people had been sporting baseball caps, varsity letter jackets, track pants, and sneakers. So ubiquitous is sports apparel in our dressing sensibilities that it has been dubbed as the American look.

But what really put sportswear on the same chic pedestal as high fashion wasn’t Michael Jordan wearing Nike Dunks. It wasn’t the Lycra-wearing dancers swinging their hips to Olivia Newton John’s (Let’s Get) Physical. It was Thierry Hermès as purveyor of horse riding gear.

The Root of All Things Athleisure

Equestrian apparel lies in the heart of some of the world’s biggest fashion brands. From Gucci’s moccasins decorated with horse bits to Hermès’s horse and coach emblem, sportswear-inspired high fashion started from equine pursuits.

Today, Hermès is synonymous with luxury purses. But when it was founded in 1837 by Theirry Hermès, in the grand boulevards quarter in Paris, it began as an equestrian workshop. The business catered to the European elite, providing exceptional saddles that eventually awarded the brand a first class medal at the 1867 Paris World Fair.

Years later, Charles-Emile Hermès, heir to the family business, opened a saddlery in 24 rue du Faubourg Saint-Honore. It is this location that Hermès produced a variety of saddles of high demand among the rich and the noble across Europe and in three continents: North Africa, the Americas, and Asia. The czar of Russia was a notable customer.

It was only in 1918 when Hermès introduced clothing into their collection. At first, the brand was generally for men. But that changed in the 1920s, when the wife of Theirry’s grandson famously said that she hadn’t found a handbag she liked. Soon after, collections for women followed, which heavily used elements from Hermès’ roots as a supplier of horse tack.

In the same decade Hermès launched their women’s collection, Gucci started as a humble luggage and saddlery shop in Florence. The store served Italian aristocrats and wealthy tourists. His bags and trunks, which used strong equestrian motifs, became so in demand that Gucci quickly broadened his scope to feature fashion items.

In 1953, Gucci accessorized men’s moccasins with horse tack as seen on famous Hollywood celebrities of that era: John Wayne, Clark Gable, and Fred Astaire. In 1968, the women’s collection emerged.

Over the years, horse riding aesthetics became the signature look of Gucci. The green and red stripes of the brand’s trademark were taken from traditional girth straps. 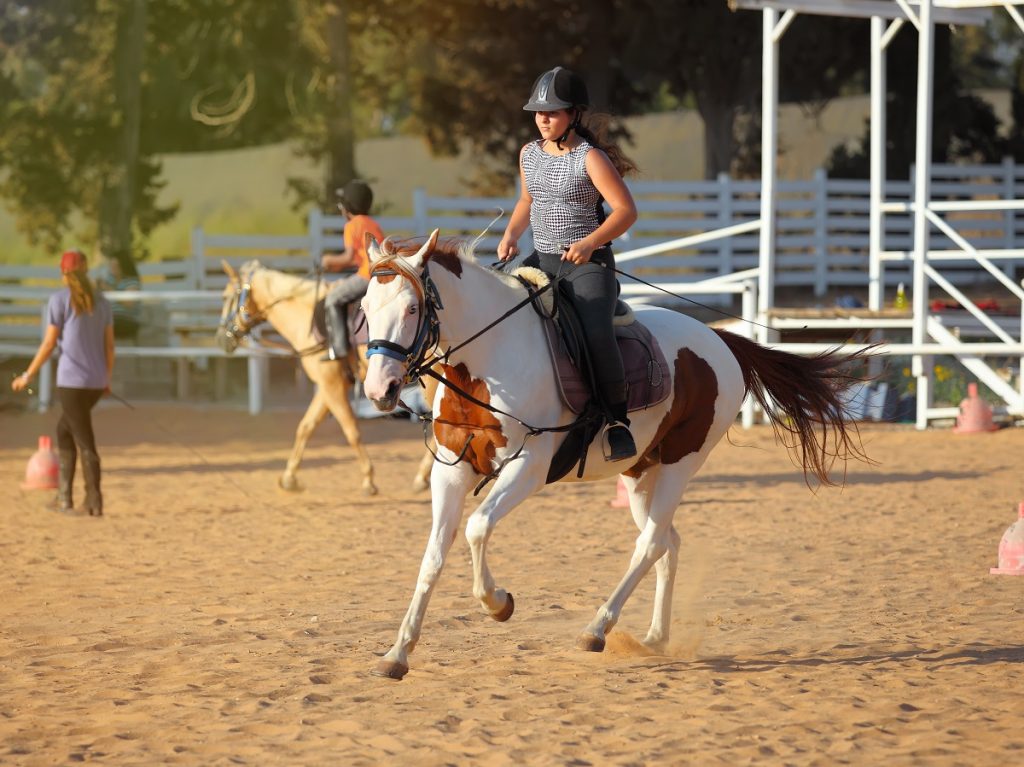 In 1967, American fashion designer Ralph Lauren was working for tie supplier Beau Brummel. He convinced his employer to allow him to launch his own line. With his wish granted, he named his first menswear line “Polo” in 1968 as a nod to his passion in equine sports.

A year later, Ralph Lauren introduced the horse and polo player logo on the cuffs of his first women’s tailored shirts. But it wasn’t until the 1970s that he created what would be the brand’s signature look: the unmistakable short-sleeved, cotton mesh polo shirt with the famed logo embellished on the chest.

It was Ralph Lauren who styled the male cast of The Great Gatsby and Woody Allen and Diane Keaton in Annie Hall. Through the decades, part and parcel of Ralph Lauren’s work are saddles, horse riding boots, and hunting jackets. Today, his equestrian-inspired shirts hang on the closet racks of millions worldwide.

A Lookbook for the Ages

Centuries ago, dressing up required different clothes for different places. People would wear day clothes for strolling out, dinner clothes for going to the restaurant, and theater clothes for watching the opera. Athleisure has broken down those barriers, creating chic yet easy-to-wear pieces fit for any occasion.

A lot has happened since Hermès and Gucci shifted from horse gear to high fashion. But every so often, these fashion houses pay homage to their equestrian origins through the trends they create, forever cementing the place of horse riding gear in the world of fashion, specifically in athleisure.