There are slim chances of a cosplay physical gathering happening soon. No need to worry. On-site activities might have been canceled, but there’s always the internet. Yes, several groups have migrated online and are doing virtual cosplays this year.

For those who have never been to one (probably scared to look stupid) and yet have been following it closely (because who can’t resist the idea of becoming a character in a different world?), this is the time to try it. After all, after months of doing online meetings, you probably know now what angle you project best on screen. Plus, you can always retouch or adjust your makeup and costume easily.

We have here a few basic tips for ultra beginners.

Your eyes can say volumes.

This tops the list because of the effect the eyes could give to the overall image. This is especially true for characters from manga or anime that are popular not only in Asia but all over the world. Cosplayers do not use ordinary contact lenses. They use what is called ”circle lenses,” which make the irises look bigger.

Note, however, that this is a cosmetic kind of lens. To be safe, access these from a medical professional. You want to protect your eyes first before anything else.

Cosplay is, of course, not just comics and animations. If you want to do an easy level first, you could give flesh to characters from movies and even books. These are easier to copy as they don’t have exaggerated features. If they do, most of it could easily be achieved with just a good skill in makeup.

Getting the correct hair color is good, but texture also matters.

Some do not recommend getting the wigs you usually get for Halloween costumes. Most of these would be the low-quality kind that you can barely style and might even fall off when you move too much.

If you cannot afford the expensive wigs yet, styling your hair is better than getting low quality. What you would need are quality hair extensions and good temporary dyes.

Add a twist, but don’t deviate too much that your character becomes unrecognizable.

Alice in Wonderland, for example, is a common choice. But the interpretations have been as varied as the multitudes of spin-off stories from the original tale, excluding Disney’s popular version. There’s a sexy Alice, a crazy-murderer Alice, and a next door-girl Alice. What has been standard, though, are the blue dress (long, short, ripped up, etc.), ruffles, and black shoes—all from Disney’s interpretation of the girl, unfortunately. But it helps in recognition. 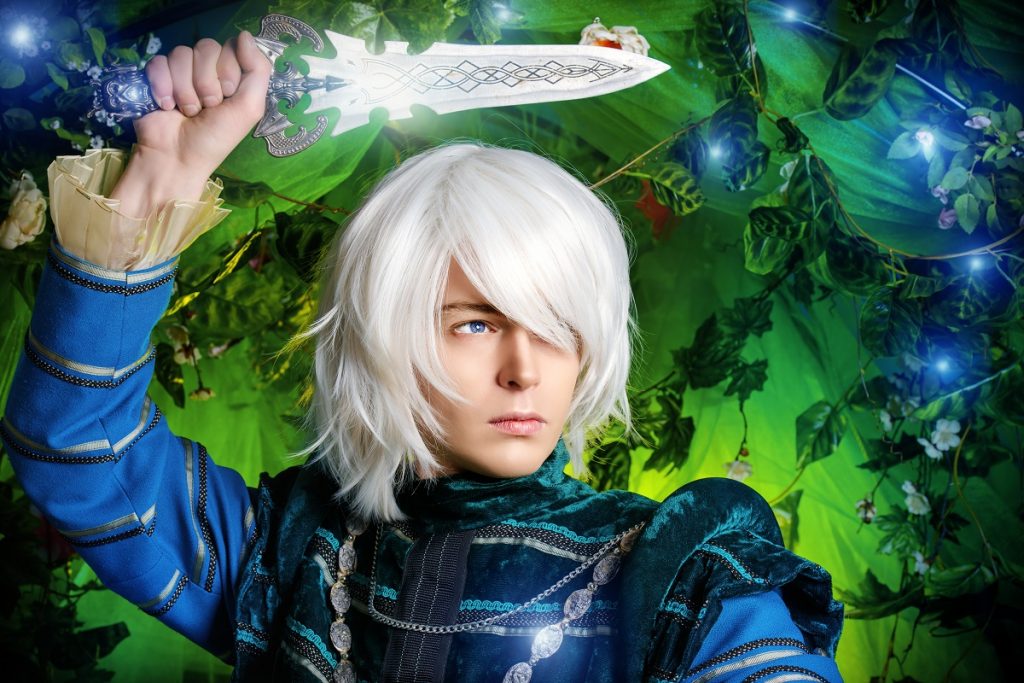 Choose a character that is appropriate for you—or at least you can easily morph into.

While narrow waists, wide hips, and ample busts seem to be the aspiration of many female cosplayers, there are so many character options out there.

Velma of the Scooby-Doo franchise is one of the most popular characters in cosplays. It’s probably because her staple look is very simple—orange sweaters, red skirt, red socks, and big thick glasses.

Other Tips and Hacks: Most of the best cosplay enthusiasts make their costumes.

From their experiences, they have compiled several tips and hacks out there in transforming yourself into another character. One of the internationally popular cosplayers,Enji Night from Budapest, has a tutorial on how to make your leg look longer, make sure your thigh-high stockings or socks don’t roll down. Some have whole vlogs talking only about creating the perfect hair (because you wouldn’t want your hair to look like it was some sordid helmet attached to your head).

For the ultra beginners, the best advice for the costume would be to make sure they are your perfect size. Please do not wear anything one size smaller just because they are the last in the shop—you would look like a squeezed marshmallow. Bigger sizes also could swamp you, which is not good since, in cosplay, you also want to induce a suspension of disbelief. It’s quite hard to see Lara Croft if her staple tank top is practically billowing around her.

Cosplay is really exciting. It’s like playing make-believe (surely your childhood had been full of this) upgraded to a much higher level. The interest in transforming into these fictional characters is in no way dampened by the current mobility restrictions. It’s even more comfortable having not to deal with sweaty people in Lycra and getting all the air conditioning to yourself while you are in your frilly multi-layered dresses. And out there, otakus who can finally hide behind their screens are rejoicing.