Every single facet of our everyday lives is linked to culture and tradition, even a person’s passing. Many Americans find their resting places under headstones in Ogden and other cities. However, a lot needs to be done by the people left behind before the dead can reach these places.

Like most things in life, what people do in these times depends on their backgrounds — their places of origin, the traditions linked to these places, and how they were raised. Here are some funeral traditions from across the globe.

Among all the countries, Japan has the highest cremation rate at 99.9%. This choice to cremate the dead has not only a traditional aspect but a practical one, too.

The tradition of cremation originated from the Edo Period. People at the time subscribed to Buddhism, which entails a cleansing once a body has been burned. As for the practical aspect to it, it’s usually done due to the lack of space in Japan. Coffins take up a lot of space, so foregoing this means that the Japanese comfortably bury their loved ones without using up too much ground.

In recent times, even the burial spot has been left in the past by some families. There are people who choose to have the ashes of their loved ones fashioned into plates or pendants. 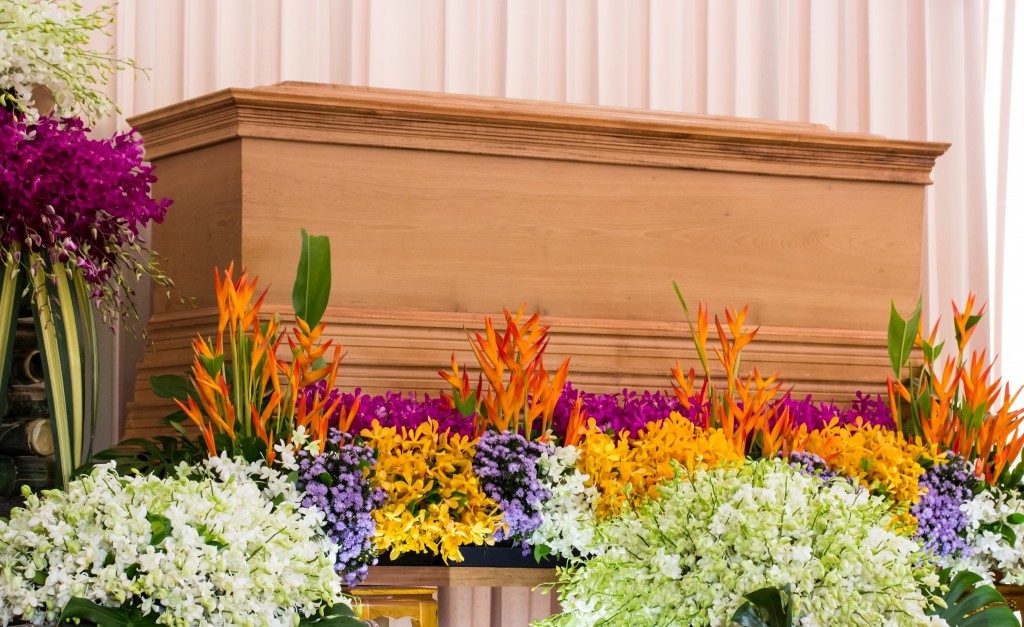 In most cultures, the people who remain will remember the dead through their remnants in the world, like photographs and intangible memories. The Torajan people of Indonesia, however, continue with life a little more differently.

For one thing, Torajan culture teaches its people to treat their deceased loved ones as if they are sick and not gone. The dead undergo formalin treatment, which prevents their bodies from putrefying and instead mummifies as time goes on.

The bodies are then placed in separate rooms in their homes. Family members will continue to bring the dead their meals for however long they want. This can take weeks, months, or even years. Such is a way they celebrate the life the person has lived, and show them respect.

Following this, they transfer the deceased into coffins, accompanied by gifts, for the funeral (“Rambo Solo”) and burial.

Reincarnation plays a major role in Tibetan culture. The people of Tibet believe that the soul of a person leaves the body once they have passed away, which means there’s no need to be attached to the corporeal form in the face of death.

As such, they practice the Sky Burial. When a person dies, the community prays over the body before it gets taken to a burial master who will then cut it into parts. These parts are then brought to a burial ground, which is usually located in a high altitude place. Birds like vultures prey on these parts. And after some time, no trace will be left behind.

It may seem morbid, but Tibetan culture teaches that these birds will take the pieces of the deceased into the heavens. This is where they remain until they are ready for their next lives.

They may vary in practices, but the traditions that different cultures follow when it comes to death share one commonality. That is, the celebration of the deceased as they enter the next stage of their lives.